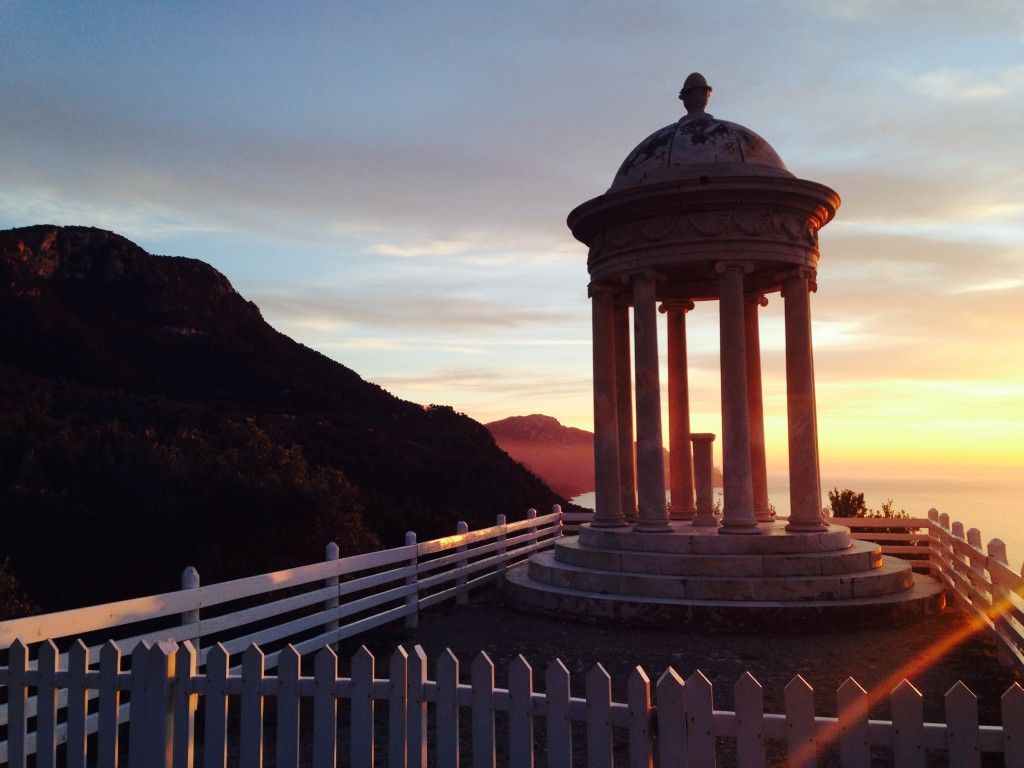 “Yesterday, from Archduke Ludwig Salvator’s viewpoint, I once more saw the sun sink into the sea. A friend mentioned the green ray, and I was sad in advance that the children present were waiting for it with the same anxiety with which I had wished for it on my absurd suburban skyline; now it would be worse, now the conditions were set and the would be no green ray, parents would justify the fiasco however they could to console their young; life — as they call it — would mark another stage on their path towards conformism. There remained one final, fragile, orange-tinged segment of sun.
We saw it disappear behind the perfect edge of the sea, surrounded by the halo which would still last a few minutes. And then came the green ray, not a ray but a flash, an instantaneous spark in a single point as though from alchemy, a Heraclitean solution of elements. It was an intensely green spark, it was a green ray even though it was not a ray, it was the green ray, it was Jules Verne whispering in my ear: Did you finally see it, you big fool?”